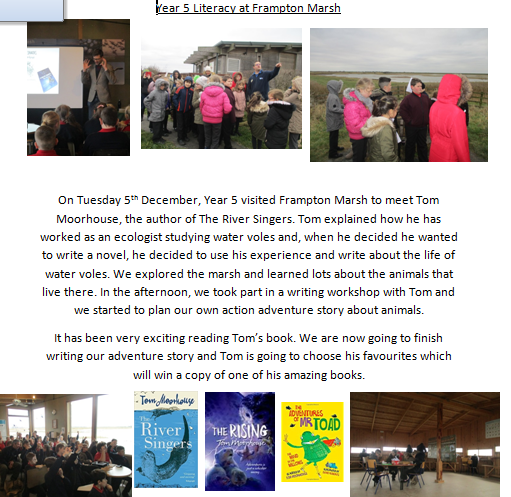 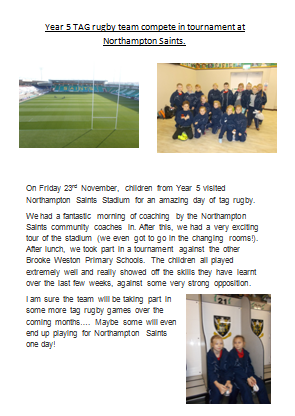 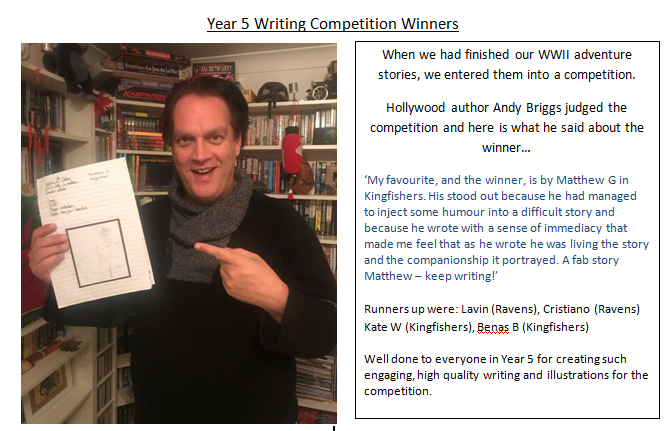 On Friday 10th November, to fit in with their World War Two topic, Year 5 held their own remembrance service. Children spent the morning discussing the significance of the poppy as a symbol of remembrance and making their own poppies to wear. After attending a whole-school remembrance service in the morning, they planned and held their own ceremony in the hall in the afternoon. Children placed wreaths and other symbols of remembrance on the memorial in the hall and the poem ‘For The Fallen’ was read out. Mrs Tombleson played ‘The Last Post’ and an additional two minute silence was held. In addition, children read out the names of local people who died during World War Two. 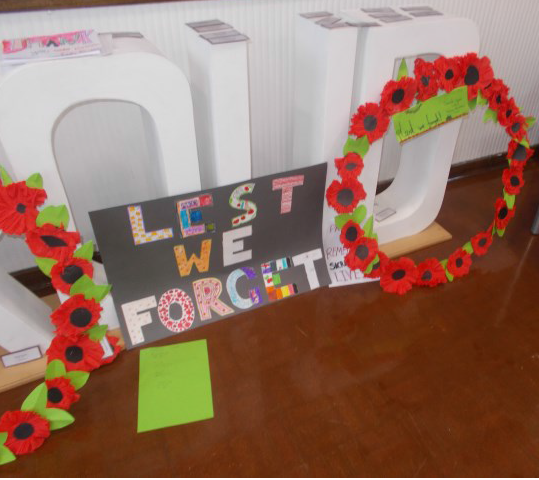 The children showed excellent understanding and were extremely respectful throughout. The Year Five teachers and Mrs Norman, who also attended, have expressed how proud they were of everybody involved and how touched they were by the thoughtfulness shown.
Year