Year 4 children at Peckover Primary School have designed and built floating Viking longboats that are big enough for two Lego people and a toy pig!

They have been learning about the Vikings and started their topic with a special video message from Vikings Peter and Sarah. To see it click here.

It is not the first time that Peter (aka Mrs Thompson’s stepdad, who is Danish) has set challenges for the children. Previously, as Professor Peter he asked them to design a warm spacesuit for his space dog, Crumpet!

Year 4 teacher Mrs Thompson said: ‘Since the video launch we looked at boat design past and present, learned how to use DT equipment and experimented with techniques to join cardboard together. We will be testing our prototypes to see if they float and, after that, the children are going to write step by step instructions for building their boats.

'We also learned how important figureheads were to Vikings. They believed that the trickster god Loki and sea monsters could cause storms and shipwrecks, so they added scary figureheads (often serpents and dragons) to the front of longships to scare away the sea monsters!

Good luck to the class who will be testing out their longboat models today! 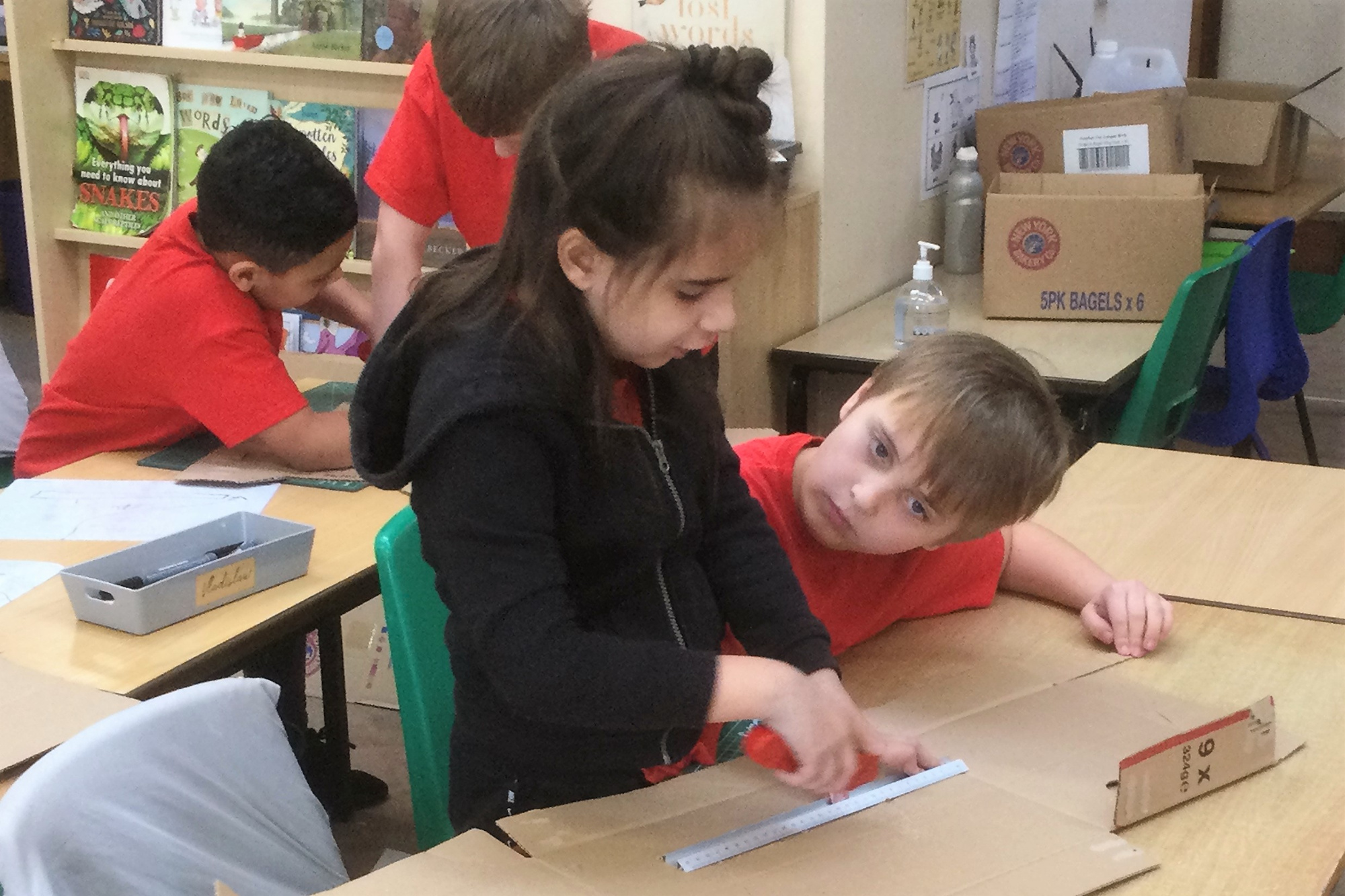