Well done to our students who won prizes in a recent story writing competition and were presented with their awards by author Dan Freedman.

Well done to our students who won prizes in a recent story writing competition and were presented with their awards by author Dan Freedman. 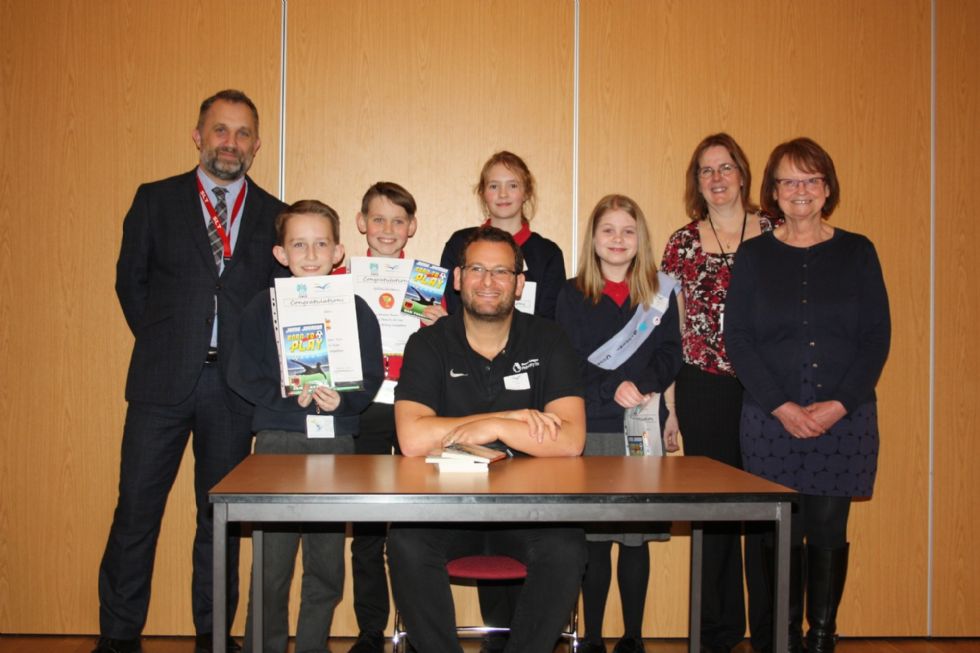 Congratulations to Vladimir Smirnovs who won second prize while Katya Haggett and Isabel Little were runners up. Also well done to Maya Smith, Maisy Webb and Jack Williams on their highly commended awards.

The entries were judged by Margaret Barwell and Mike Theobald from Rotary, and Louise Aldridge from Wisbech Library, on their creativity, originality, reader engagement and use of literary devices.

TCA’s librarian, Debbie Trafford organised the competition. She said: 'Dan, a former sports journalist, is a very popular author, and his links with Premier League footballers made this a particularly exciting visit. He told us how his first book kept being rejected and it took three years before it was finally published. He suggested that no-one should be deterred by “failure", that you should use it as a learning experience and an opportunity to try another way of doing things because eventually, it will lead to success.'

Ms Barwell added: 'This was a really valuable opportunity for young people to reflect on their own views about reading and enjoy books in such a positive and constructive light. I am sure they were excited and inspired by Dan.'