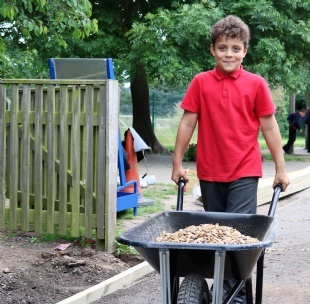 Peckover Primary School is sprucing up a neglected plot of land as part of the BBC series, Britain in Bloom.

Peckover Primary School is sprucing up a neglected plot of land as part of the BBC series, Britain in Bloom.


A film crew has been visiting the school to capture how students, staff and parents are transforming a patch of ground into themed ‘outside classrooms’ including a jungle area, Victorian parterre and Titanic garden. The resulting footage will be aired next year.

The school was asked to get involved by the organisers of Britain in Bloom for Wisbech and Principal Carrie Norman jumped at the chance. She said : ‘We have an area at the back where parents collect children that is a bit unloved so as we have themed classrooms in the school we are also going to create and theme flower beds there. The overall project will be judged in July and Britain in Bloom will be screened on BBC2 this time next year. We are very excited about the project and staff, students and parents are all putting time and effort in to make sure this area is as beautiful and eye-catching as possible! The students are really getting involved, we had an army of them here this morning and the parents have been brilliant! Wisbech Britain in Bloom team has cut back all the bushes for us and got us going, it’s been great! Judging is July 16 so there is an awful lot of work still to do.’

Teams of staff, students and parents have been working hard to remove old bark chippings and lay new membrane and 20 tons of gravel by hand. Grassy areas have been cleared and levelled ready for the new plants.

Peckover’s inclusion manager, Lou Tombleson, is a keen gardener and she has developed a bespoke planting scheme: ‘I am passionate about gardening and I want the children to come out and enjoy it as much as possible and I have designed the gardens so they bring their topics to life.

'We will have a Titanic garden, a Victorian parterre, Percy the Park Keeper’s shed, a World War two one and a lovely  jungle bed with bamboo and jungle  grass so the children can experience it for themselves.

'Each year group will also have a project associated with their garden, for example, making terracotta lighthouses, or painting insects and animals on rocks. The children will help plant the gardens and we want to get them involved as much as possible.'

Mr Kourouss Oveisi and Nigel Hawkins were among the team of parents who came along to help out. They worked for hours shovelling gravel into wheelbarrows. Kouross said: ‘I heard about the project and wanted to help out. It is about making a difference to the school.’ Nigel added: ‘We come up with a pushchair every day and sometimes it can get boggy in the wet weather so this is a way to help the school and make it look nice.'

To see a full gallery of pictures click here. 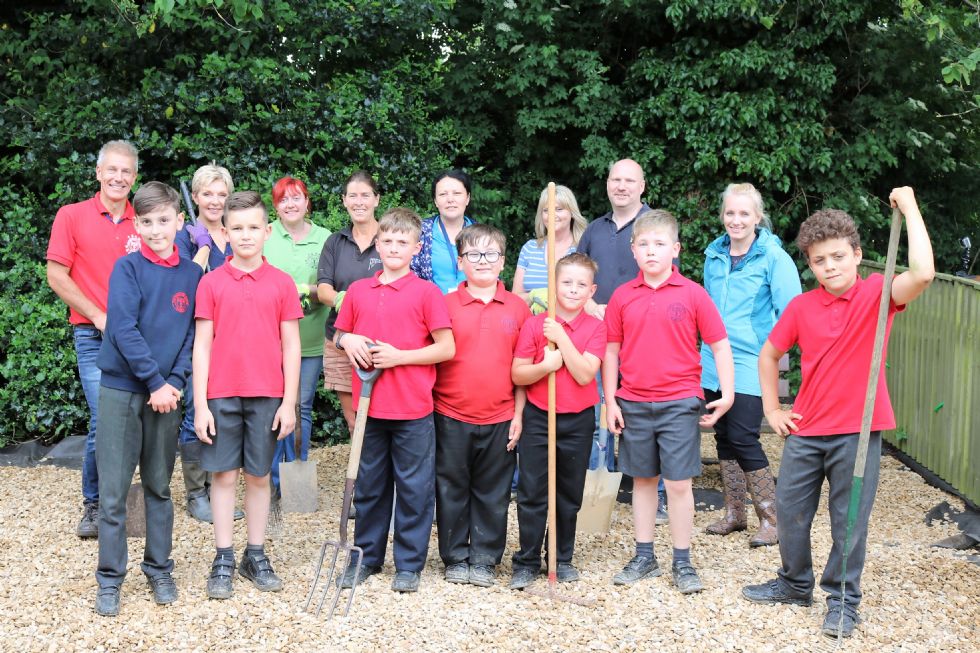